POWER CUTS in China. India is experiencing coal shortages. Electricity prices have risen across Europe. There is a scramble for petrol here in Britain. Blackouts in Lebanon and fuel fires in Lebanon. Global energy markets are displaying signs of dysfunction everywhere.

Enjoy more audio and podcasts on iOS or Android.

In recent days the mayhem has pushed oil prices in America above $80 a barrel, their highest level since late 2014. This year, natural-gas prices have tripled in Europe. The demand for coal has risen, which is supposedly the history’s slag heap. One commodities-trading company’s chief executive says that he arrives at work at 5am to check on the latest information about blackouts in Asia. Winter, which has the need to heat, is yet to arrive in northern hemisphere.

A few years ago producers of fossil fuels would have responded to such price signals by swiftly ramping up output and investment. In 2014, with crude above $100 a barrel, Royal Dutch Shell, a European supermajor, put more than $30bn of capital expenditure into upstream oil and gas projects. It then splurged $53bn on BG Group, a British rival, to become the world’s biggest producer of liquefied natural gas (LNG).

Not this time. The climate change has placed unprecedented pressure on European oil and gas companies to move away from fossil fuels. Shell’s long-term shift to markets for lower-carbon gas, and power has seen Shell’s upstream capital expenditures shrink to $8bn this year. It sold its highly-prized Permian Basin shale assets to ConocoPhillips for $9.5bn last month. It is withdrawing from its onshore operations in Nigeria, a country where it first set foot in 1936. It recently said it would reduce oil production by 1-2% every year until 2030. Wael Sawan is the head of upstream oil and gas production at Wael Sawan. He was blunt when asked about the impact on investment that the rise in energy prices have had on its business. He says, “From my point of view, it doesn’t mean anything.”

This view is pervasive throughout much of the oil industry. European listed oil companies face pressure from investors to stop drilling new wells. This is primarily because of environmental concerns. According to Philip Whittaker, a consultant from BCG ,, more upstream investment could “delegitimize” their public commitments for cleaner energy. American publicly traded shale oil companies are now subject to the control of shareholders. They want their profits to return via buybacks and dividends, rather than being poured into the ground.

State-owned oil firms are under budgetary constraints, too, partly because of the covid-19 pandemic. Only a few, such as Saudi Aramco and Abu Dhabi National Oil Company (ADNOC) are expanding production. The result is a worldwide slump in investment in oil and gas exploration and production, from above $800bn in 2014 to just about $400bn, where it is expected to stay (see chart).

Keeping it in the ground

Meanwhile, demand has returned with surprising buoyancy as the pandemic eases. According to Goehring & Rozencwajg (a commodity-investing company), the oil market may reach a point where it is unable to produce any additional capacity for the first time in its history. This could be temporary. ADNOC could quickly respond. It would, however, temporarily push crude oil prices higher. This could add to the already high costs of natural gas and other energy-intensive activities such as steelmaking, fertiliser production, and blowing glass for wine bottles.

From an environmental standpoint, higher prices may be welcome if they sap demand for fossil fuels, especially in the absence of a global carbon tax with bite. In its “World Energy Outlook”, published on October 13th, the International Energy Agency (IEA), an energy forecaster, said that the rebound in consumption of fossil fuels this year may cause the second-biggest absolute increase in carbon-dioxide emissions ever. To reach a goal of “net zero” emissions by 2050, the IEA says there is no need for investment in new oil and gas projects after 2021. Instead it calls for a tripling of clean-energy investment by 2030.

The IEA‘s argument that no new natural-gas projects, which are less grubby than with other hydrocarbons, are needed rests in part on investments in low-emission fuels, such as hydrogen. These are, however, “well off the track”. This highlights the danger of treating all fossil fuels as equally responsible for carbon emissions. It could prove counterproductive to reduce natural-gas supplies without backup.

For one thing, gas is currently the main substitute for thermal coal in countries like China and India that are keen to lower their power-related emissions. Bernstein, an investment firm, predicts China’s imports of LNG could almost double by 2030, making it the world’s biggest buyer. In the absence of investment in new projects, Bernstein expects global LNG capacity to be 14% short of what is needed by then. This would hinder Asia’s exiting coal.

Moreover, natural gas serves a vital function in maintaining the stability of the electricity grid, especially in places reliant on intermittent wind and solar power (at least until the world’s grids become more interconnected). These markets are where the marginal cost for natural gas is a major factor in setting power prices. This holds true even though most of the electricity is generated from renewables that have a low marginal cost. Higher electricity bills are correlated with higher gas prices. This could reduce public support for clean energy.

Whether new supply will be forthcoming remains up in the air. The boss of another commodities-trader observed that “natural gas has been put into the dirty-fuels columns, so no one is investing in it.” However, for the supermajors in the private sector, the problem is that their production is more or less equally split between natural gas and oil. Both fuels are often found together in the ground, so investors tend to see them as intertwined. This is frustrating. One supermajor executive says, “It’s an extremely myopic view to lump oil together with gasoline.” His firm doesn’t seem to be likely to ignore investors and increase gas production significantly.

An executive at another big oil company says the higher prices may add pressure to invest a bit more–but not to deviate from long-term climate commitments. He says that new investment will likely come from two sources, which aren’t subject to public pressure: state-owned oil companies as well as privately owned firms. Executive notes that the majority of recent Permian Basin rig count increases have been caused by unlisted frackers rather than publicly traded. This is similar to the prohibition-era bootlegging. Higher oil and gas prices will result in more incentive to produce them. This is provided that this does not happen in the public eye. # 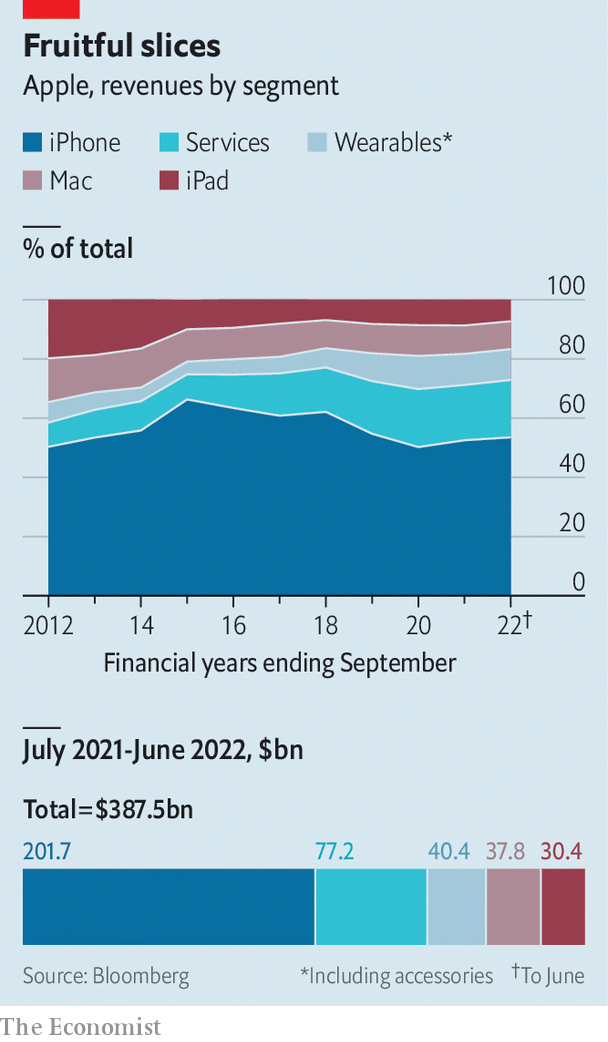 Apple already sold everyone an iPhone. Now what?