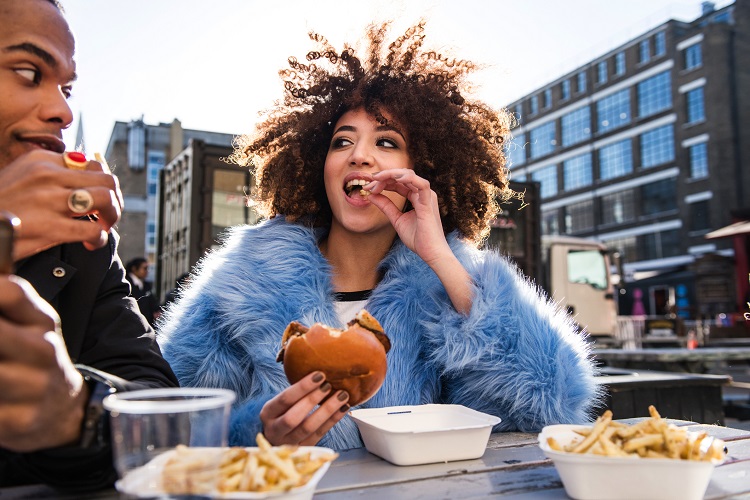 Food news Hybrid products are food items that contain two or more sources of protein. This can help to reduce meat consumption in the developed world. The protein source could be from plants, animal cells or algae. Mycoprotein, conventional meat, and plant molecular agriculture are all possible options.

The most popular hybrid products found on supermarket shelves are a mix of traditional meat and plant-based components. This is due in part to the regulatory hurdles and formulation problems associated with novel protein sources.

A quick stroll down a supermarket aisle will reveal that this new category is still in its infancy. Some of these products, which were initially introduced to the market with high hopes, have been pulled from the shelves.

At the recent Alt Protein Conference 2021, entitled The Future of Meat: Hybrid, ‘food futurist’ Tony Hunter suggested this may have less to do with the taste, texture, and functionality of the hybrid category, and more to do with how these products are marketed to consumers.

The benefits of blends

Consumers may choose to consume hybrid meat and plant-based products, over conventional meat-based counterparts, for a variety of reasons. The hybrid concept is expected that it will appeal to the reducetarian or flexitarian consumer who wants to cut down on meat consumption. According to a 2020 report produced by consultancy New Nutrition Business, so-called hybrid products could address both flexitarian’s good intentions and their desired product characteristics.

“A hybrid or blended strategy gives flexitarian consumers permission to indulge in favourite foods like meat, dairy and bakery – they can eat them and feel no guilt,” suggested Julian Mellentin , director of New Nutrition, at the time.

Shoppers may also be looking to swap out meat products, such as burgers or sausages, for hybrid alternatives for the environmental benefits they offer. Occupying 70% of agricultural land, animal agriculture is responsible for 14.5% of global GHG emissions, is a key factor in biodiversity loss, freshwater use, and pollution.

“People are coming to realise just the contribution to greenhouse gas (GHG) emissions and resource usage that our current food system products and the effects it has on the globe,” Hunter told the alt protein event.

Animal welfare and health are also a growing concern for consumers. According to our sources, it is generally agreed that consuming a lot of plant-based foods in your diet is a good thing.

The motivations for choosing a hybrid product may differ depending on the location of the consumer. “There is no one-size-fits-all for a hybrid product…localisation really is the key,” continued Hunter.

In Europe, Danish Crown’s 50/50 range is one such example. In 2019, the Danish pork and beef producer developed hybrid mince products – containing 50% meat and 50% vegetables – targeting families who ‘want to cut down slightly’ on their meat intake. The original SKUs were available in both beef and pork versions, with different vegetables. “Beef tastes slightly different from pork, so the vegetables must complement them. ‘Gront & Gris’ (vegetables & pork) has carrots, peppers, and chickpeas. ‘Gront & Okse (vegetables & beef) uses kidney beans. Kamilla Wetke was the senior brand manager at Danish Crown. In the USA, there is another example in Applegate Farms Well Carved range. It was launched in May 2013.

The organic meat brand introduced the new line of blended burgers and meatballs – which combined meat with whole vegetables, legumes and grains – to target consumers ‘mindful of their meat intake’ and its ‘nutritional, ethical and environmental impact’.

An independent review performed by HowGood in 2020 estimated that the Well Carved Grass-Fed Organic Beef Burger has 50% fewer GHG emissions compared to a conventional all-beef burger patty. The nutritional analysis revealed that Well Carved meatballs and burgers are lower in calories, fat, and saturated fat than the conventional alternatives.

“Half the GHG emissions might not be as small as an ultra-processed soy burger, but with the Well Carved beef burger, you’re getting real, organic, grass-fed beef, up to 1/3 cup of organic vegetables and a truly delicious burger,” said Applegate president John Ghingo at the time.

Why do others struggle to survive?

Ghingo’s statement talks to a growing consumer trend: one centred around ‘natural’ and ‘clean’ products, rather than ‘ultra-processed’ alternatives. Hunter, a food futurist, suggested that this trend could be a key to these products’ success. They combine conventional meat with vegetables, legumes and/or grains to appeal to today’s consumers. For Hunter, this cannot be said about all hybrid products currently on the market. Or products that fail to attract consumer interest and are therefore withdrawn.

Meat processor Tyson Foods, for example, launched its blended meat and plant-based line in 2019. It sold the Raised & Rooted range which included a burger made with Angus beef and peat protein.

In late 2020, Tyson decided to discontinue the Raised & Rooted Blend burger, instead deciding to continue to develop exclusively plant-based products under the same brand.

Homing in on the term ‘isolated pea protein’ displayed front-of-pack, Hunter suggested to delegates the term “perhaps gives us a clue as to why this wasn’t particularly successful and had to be withdrawn” . Another example, this one in the UK follows Hunter’s thinking. In 2019, BrewDog launched its Hybrid Burger into foodservice . The offering was made up of 50% Beyond Meat and 50% ‘sustainably-reared’ beef.

BrewDog’s Hybrid Burger has been removed from the menu. Hunter stated that the product simply didn’t sell.

Why did Tyson Foods and BrewDog fail? “Let’s take a look at what survived,” The food futurist continued. ” The products that are still being produced and traditional meat with vegetables. The ones that failed: meat and plant proteins.”

This poses the question: is it all in the marketing? Hunter suggested this could well be the case: “It’s really important to realise and stress, that the way these products are presented to…the consumer is extremely important…” Enjoy This Sumptuous Cocktail Made With Tanqueray Blackcurrant Royale Gin 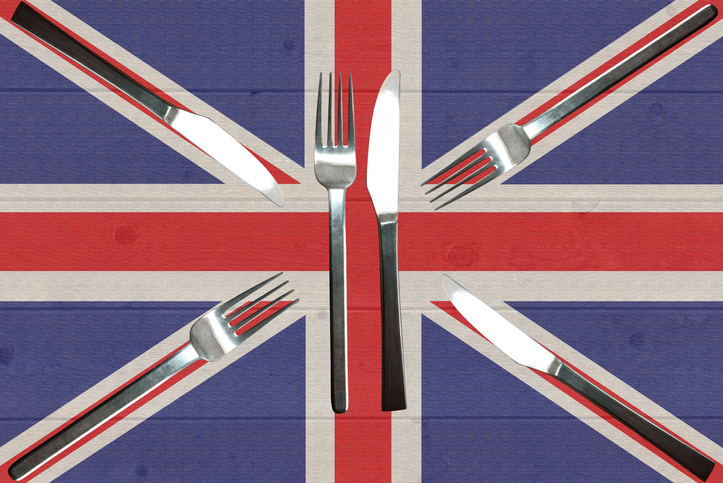 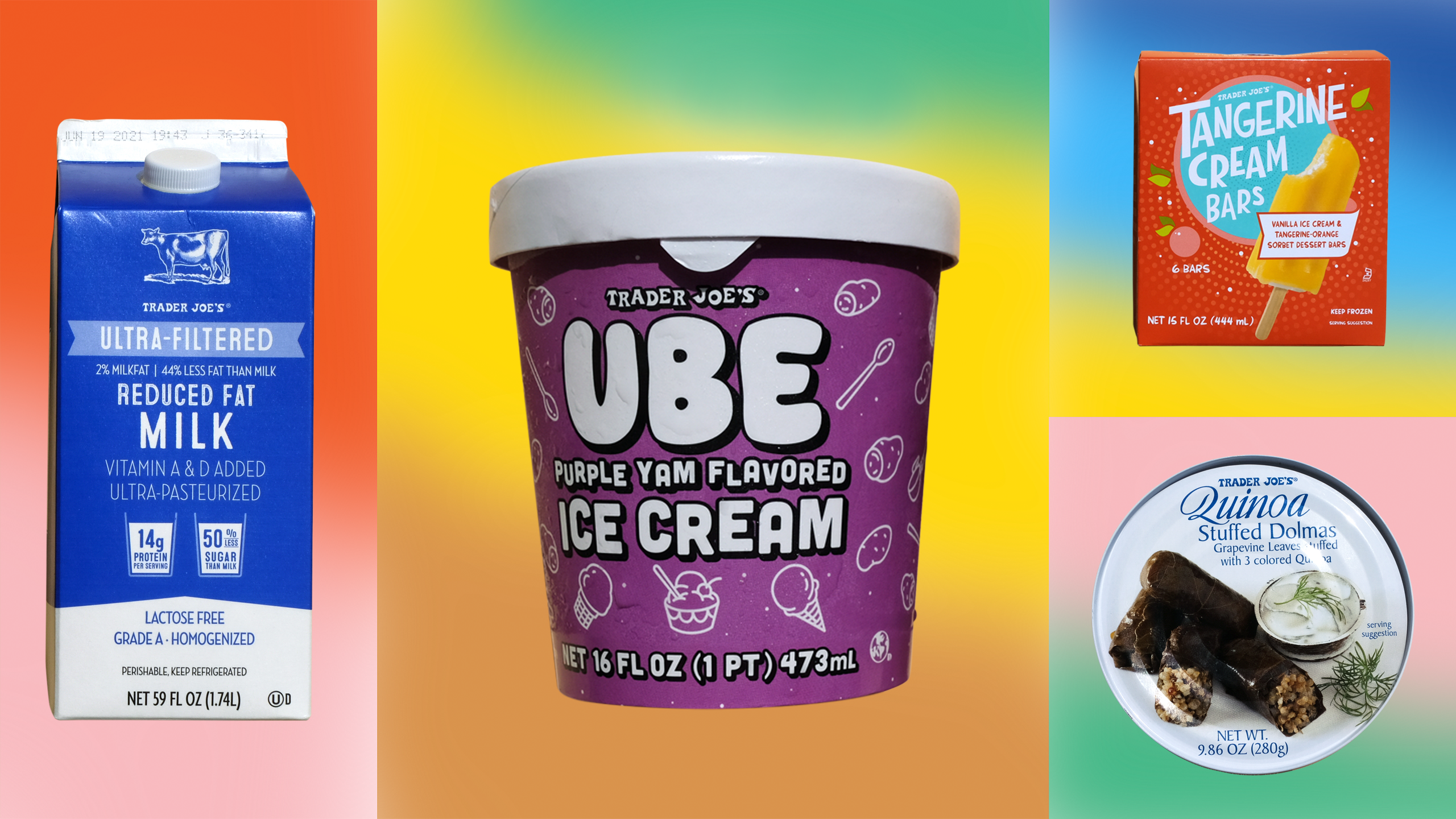 Spread the love Anton Mukhin / Shutterstock.com Editor’s Note: This story originally appeared on SmartAsset.com. A provision of the $3.5