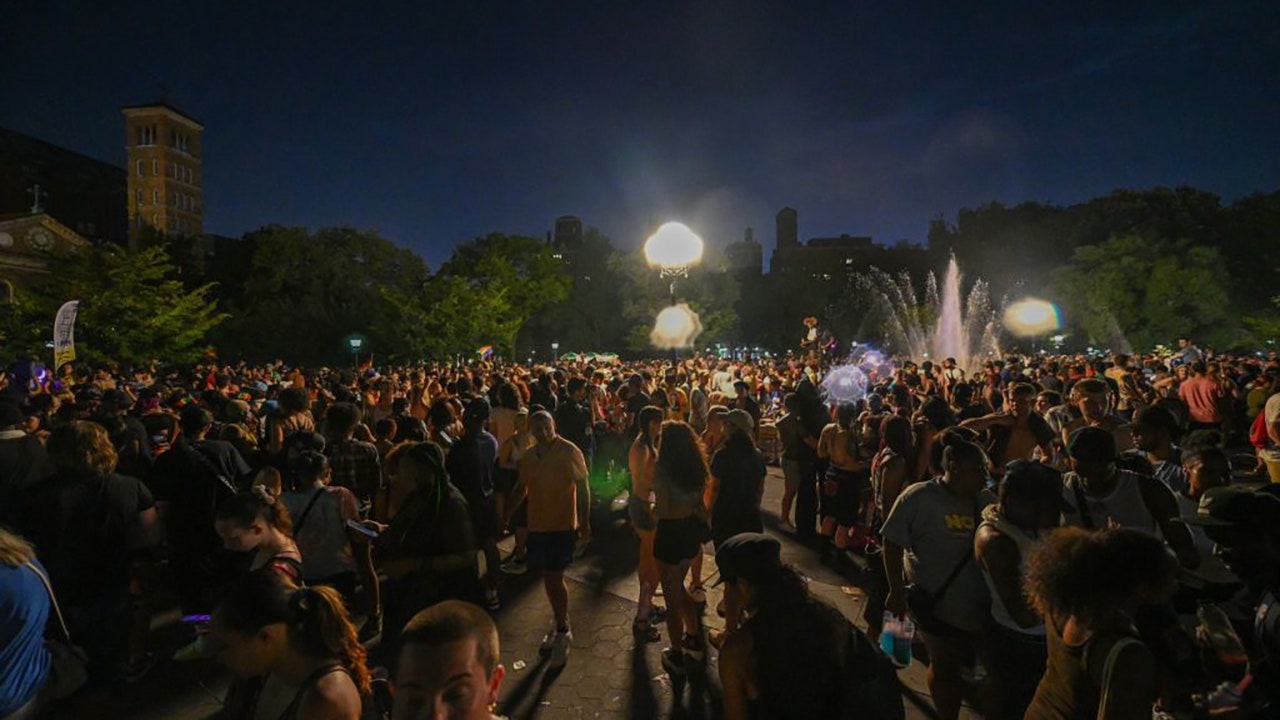 Clashes broke out between police and Pride Weekend partygoers Sunday evening in the area of New York City’s Washington Square Park, according to reports.

The crowd clashed with NYPD officers in the early evening after video showed a large police presence in the area, New York’s WPIX reported.

At least three people were arrested near or around the park, according to the station.

Business Insider reporter Meredith Cash tweeted that officers in riot gear arrived and charged at the Pride revelers around 7:15 p.m.

Another video posted on social media showed a line of officers blocking off Fifth Avenue. Some users tweeted that pepper spray was used, through the NYPD said it had no reports of pepper spray being used on the crowds, according to The Sun.

As of 9 p.m., the NYPD told the paper that no arrests were made.

It was not immediately what caused the clashes.

Thousands of people had marched and celebrated at a series of events in New York City Sunday as its annual LGBTQ Pride parade was being held virtually for the second year in a row due to the coronavirus pandemic. The event was presented as a television broadcast special — because the now-lifted pandemic restrictions were still in effect when it was being planned.

LESLIE JORDAN ON LGBTQ+ PRIDE: ‘BEING PROUD OF WHO YOU ARE’ A ‘WONDERFUL THING TO CELEBRATE’

NYPD officers were banned from participating in this weekend’s Pride parade.

New York City’s gay pride parades began in 1970 to commemorate the 1969 Stonewall uprising, which started after a police raid on a Manhattan gay bar.

The Associated Press contributed to this report