Oppo Pad is talk of the town for several days. However, Oppo has not shared any word regarding the upcoming tablet. The brand will enter the tablet segment with the launch of the Oppo Pad. Rumors suggested the tablet will be launched in the first half of 2022. The exact timeline or date is still unknown. Features and design of the upcoming Oppo Pad already revealed online. Now, the tablet was spotted on Geekbench listing, revealing few details.

The upcoming Oppo Pad with model number OPD2101 has been listed on Geekbench. It is managed to score 4,582 points in the single-core test and 12,259 points in the multi-core test. The listing has also confirmed the tablet will be powered by the Qualcomm Snapdragon 870 processor with up to 3.19GHz frequency clubbed with Adreno 650 GPU and 6GB RAM.

Going by the previous info, the Oppo’s first tablet is tipped to feature an 11-inch LCD panel with a 120Hz refresh rate and a punch-hole cutout to house the front-facing camera. It might feature a single 13MP rear camera and an 8MP front-facing camera sensor. The tablet is also said to come with 256GB of internal storage. We expect it will also get more RAM and storage variants.

Moreover, it is expected to have a switching option between the tablet and other Oppo devices. The Oppo Pad will also come with a dock bar and desktop widgets features. The tab will pack an 8,080 mAh battery unit. Apart from this, nothing is known about the upcoming Oppo Pad.

Tipster Digital Chat Station revealed, the Oppo Pad will be announced at CNY 2,000 in China which roughly translates to Rs. 23,290 in Indian currency. However, it will be better to take this as speculation until the brand confirms anything. Further, the tablet is expected to compete with the upcoming Vivo tablet which will also be powered by the Qualcomm Snapdragon 870 SoC. 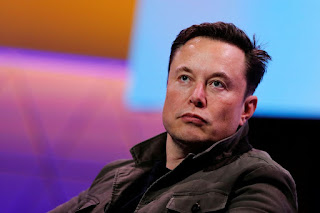 How to Burn an ISO Image to Disc on Windows 10