Virginia hasn’t elected a GOP governor in more than a decade and hasn’t voted for a Republican presidential candidate since 2004.

But Youngkin says perhaps more important are the lower-profile races like those Democrats won in 2019, allowing them to gain full control of the state legislature and push an aggressive gun-control agenda in 2020. That’s what he says the money in his group, Virginia Wins PAC, is going toward.

“It’s school board races and sheriff races and city council races and supervisory board races and commonwealth attorney races and delegate races, particularly this year,” Youngkin said in an interview with Fox News. “I have made a long-term commitment of seven figures. And we’re going to… support Republican candidates, conservative candidates who can win. And we can reestablish a real voice in these important local offices.”

VIRGINIA GOV. NORTHAM ENDORSES MCAULIFFE, WHO ONCE CALLED ON HIM TO RESIGN OVER BLACKFACE SCANDAL

Youngkin, one in a competitive field of Republican candidates for governor, said that Virginia Wins PAC has already spent upwards of $80,000 and that he’s personally invested $400,000 in it so far.

“I felt that supporting local candidates and actually standing up against the flood of money coming from George Soros and others to elect left-liberal candidates was hugely important to Virginia’s future,” Youngkin said.

“I don’t want my victory in November to be a lonely victory,” he added.

But to get to November Youngkin will first have to make it through the May 8 GOP convention where Republicans across the state will select their gubernatorial nominee.

Republicans generally feel that they have as strong a chance as they’ve had in years at winning back the governor’s mansion because the president is currently a Democrat and the current Democratic governor’s administration has been embroiled in scandal.

Lt. Gov. Justin Fairfax, who is running for governor, faces unresolved sexual assault allegations which he denies. And Gov. Ralph Northam in 2019 faced cascading calls for his resignation over a photo on his medical school yearbook page that showed one man wearing blackface and another in what are apparently KKK robes.

Northam didn’t resign. But he did on Thursday officially endorse former Gov. Terry McAuliffe, who is running again. Republicans were quick to tie the pair together.

“I’m not surprised at all that Northam has endorsed McAuliffe, they are tied at the hip and they always have been,” Youngkin told Fox News. “And Virginia can’t afford a third term of the McAuliffe-Northam administration.”

He added: “What I find most curious is that on one hand, Terry McAuliffe came out and absolutely condemned Ralph Northam during the blackface KKK robe scandal. And actually said that he should step down. And then he turns around when he is endorsed and embraces him… I cannot figure out where he stands.”

“The fix is in, Virginia Democrats. You knew it was going to happen,” Snyder added. “Terry McAuliffe getting the endorsement of failed Governor Ralph Northam, the very man that Terry McAuliffe said was a racist, said that he supported infanticide policies, and said that he should be removed from office.”

Democrats will decide their gubernatorial candidate in a primary election on June 8.

Fox News’ Evie Fordham and the Associated Press contributed to this report. 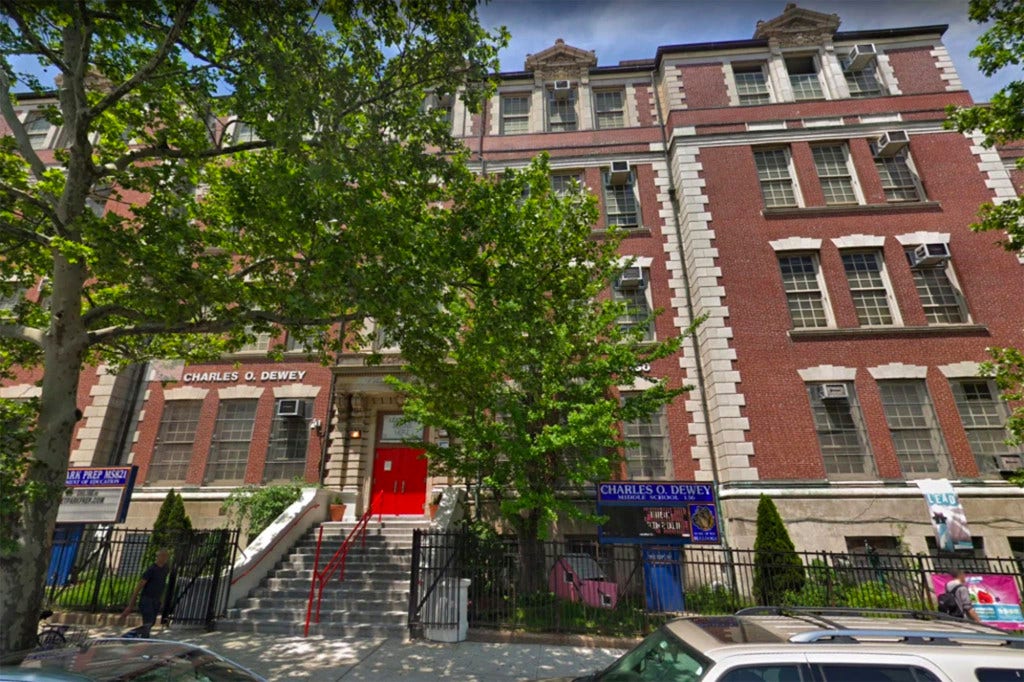 NYC principal apologizes for anti-Israel email to staff after blowback