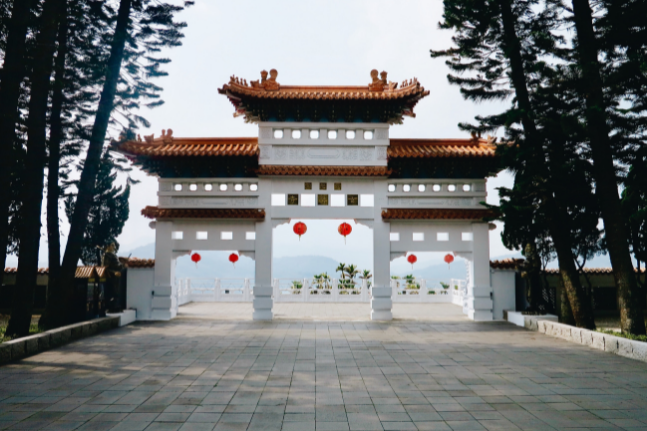 The Tao Te Ching is attributed to the legendary author Lao Tzu. We learn much about this legendary figure by tracking him down and the lessons it contains today.

Taoism and Confucianism are the three central pillars in traditional Chinese thought. “Taoism” refers to both a philosophical tradition and an organised religion, which in modern Chinese are identified separately as taojia and taojiao respectively. Philosophical Taoism is a result of Lao Tzu’s life in the sixth or fifth centuries BCE. However, it is not clear if he lived in the third century BCE or if he was alive at all, but it is possible that he is a legend. Lao Tzu is revered in religious Taoism as a supreme god.

The name Lao Tzu is often translated as “Old Master”. The ancient philosopher may have written a brief book that was originally called the Lao Tzu .. In later centuries when the Lao Tzu was recognised as a “classic” (ching or jing) and significant philosophical work it acquired the title Tao Te Ching, which means “Classic of the Way and Virtue”.

Taoism deals with the individual’s relationship to the world and represents a way of living in harmony with the laws of the universe derived from observing natural things.

These writings have a huge influence on Chinese culture, and in recent decades, all over the world. The Tao Te Ching , second only to the Bible in terms of translations, is the most widely translated work in literature. It is concerned with the Tao or “Way” and how it finds expression in “virtue” (te), especially through what the text calls “naturalness” (ziran) and “non-action” (wuwei).

The Tao Te Ching , an enduring philosophical work, has held its power over the centuries. As we look for its author, Lao Tzu we learn a lot more about Taoism.

The Shiji (Records of the Historian) of the Chinese Han dynasty court historian Sima Qian (145-86 BCE) offer a “biography” of Lao Tzu. It may be mixed fact and fiction as historical documents, but it provides a good starting point to discover Lao Tzu. According to the Shiji Lao Tzu was born in Chu, a southern Chinese state, during the Zhou Dynasty. His surname was Li and his given name Er. He was also known as Dan, then later Lao Tzu.

Lao Tzu may have been a keeper for archival records at Zhou’s court. Confucius (551-479 BCE) is reported to have consulted with him and a meeting, or meetings, between Confucius and Lao Tzu is also reported in other primary Chinese historical sources.

SimaQian said that Lao Tzu had both virtue and Tao, and that his teachings were devoted to self-effacement. He was a Zhou resident for many years and saw the fall of Zhou. He left Zhou by the northwest border that separated China from the rest of the world when he left. Lao Tzu tried to leave Zhou, but the account says that Yin Xi was the official responsible for the border pass and asked him to write down his teachings. The result was a book consisting of just 5000 Chinese characters, divided into two parts, which discusses “the meaning of Tao and virtue”. He had written the Tao Te Ching , Lao Tzu, but no one knew where he was and there was no record of his return.

The most that can be said with certainty is that parts of the Tao Te Ching were available around 300 BCE and that the work became widely recognised by around 250 BCE, when it was quoted extensively in such works as the Hanfeizi and chapters of the Zhuangzi.

Lao Tzu’s Tao Te Ching teaches us how to take in and appreciate the everyday happenings in our lives.

The language it uses is another clue to the date of Tao Te Ching . The text is largely rhymed. The Tao Te Ching rhyme patterns are more similar to those of the Shijing (Classic of Poetry), than the ones of the later Chuci. Although the dating of the Shijing and the Chuci itself is by no means precise, generally the poems collected in the Shijing are agreed to be not later than the early fifth century BCE and not earlier than the close of the “Spring and Autumn” period (770-481 BCE). Sima Qian and other scholars agree that the Tao Te Ching is indeed from the fifth century BCE. This makes Lao Tzu, if possible, a possible contemporaneous of Confucius, as the legend claims.

A final theory is that Tao Te Ching was composed later than the fourth century BCE but contains the “preserved ideas” of Lao Tzu. It is possible that the Tao Te Ching could contain the ideas of Lao Tzu, but was not written by him.

Some people still see the Tao Te Ching an anthology. This is a compilation of Taoist thought that has been gathered over many centuries from various sources. Others, however, believe that the Tao Te Ching style is too consistent to be true.

Perhaps Lao Tzu had passed on the teachings to his disciples orally, before later students put them into writing. This is also true in other religious traditions. It is possible that Lao Tzu wrote the Tao Te Ching at the Chinese border, at the request of a local official.

The absolute truth of Lao Tzu’s Tao Te Ching remains unknowable. The impact of the writings is however undeniable. The Tao Te Ching principles have impacted billions of people and still have much to offer today.

Wellbeing Philosophy of the Tao

Taoism is presented in the Tao Te Ching , and acts as a counterbalance to Confucius’ teachings. As some texts indicate, there would have been disagreements between Confucius and Lao Tzu if they had lived together. Confucianism focuses mainly on social and political rules that govern human relations. Although it covers many topics, Confucianism focuses on the individual’s role within the group. Taoism as it is represented by Lao Tzu Tao Te Ching ,, is quite different. Taoism is about the individual’s relationship with the world. It refers to a way of living in harmony and accordance with the laws of nature.

As we have already said, the Tao Te Ching philosophy is based on Tao, Wu, and Wuwei. To follow the Taoist, she must let go of her ego. She should practice the wuwei, which is the core goal of Taoist discipline. The power of non-doing is set out clearly in chapters like Chapter 58 in Book Two. Here Lao Tzu writes:

This is why I understand the benefits of not taking any action. These words are not the same as the teachings.

The main meanings of the word tao are “way” or “method”. These meanings are used to describe the function or form of something, as well as the method of doing it. In his book The Tao of Pooh (Methuen, 1982) author Benjamin Hoff says, “A basic principle of Lao Tzu’s teaching was that this Way of the Universe could not be adequately described in words, and that it would be insulting both to its unlimited power and the intelligent human mind to attempt to do so.”

This does not appear to have stopped Lao Tzu from trying to do this. Hoff observed that “Still [*] could be understood and those who cared most about it, as well as the life from it, understood it best .”

Lao Tzu’s Tao Te Ching teaches us how to take in and be grateful for what we do every day. The Tao is difficult to describe in words but living in harmony with it will bring you serenity, happiness, and peace of mind.

Although it is not possible to know the Tao Te Ching , it does describe some characteristics of the Tao. It does not have a form, so it doesn’t undergo change. The Tao is indistinct, vague and contains an “essence”, (ching), that gives rise the world. The Tao is both the origin and the nurturer of the world. In Chapter 32, Book One it says, “The way is to the world as the River and the Sea are to rivulets and streams”.

… te does not mean that every person has the same kind of goodness. It is an individual’s unique spiritual strength or character. You can follow the Tao by cultivating te.

The quality that the Tao gives to life and which sustains an individual is its Te (pronounced “deh”) which can be translated as “virtue”. As Hoff points out in his second book The Te of Piglet (Methuen, 1992), “In classical Chinese [te] is written two ways. The first connects the character for “upright” to the character of “heart”. Its meaning is virtue. It can also be referred to as ‘left foot’ in Chinese, which is a sign of’stepping out’. It’s a virtue in action .”

Importantly te does not mean that every person has the same kind of goodness. It is an individual’s unique spiritual strength or character. You can follow the Tao by cultivating your Te. The Tao Te Ching . teachings will show you how to cultivate it.

Just as the Tao does not do anything, so is “nondoing” or ‘non-action (wuwei). This is the only way to get there. The practice of ziran is non-action in the human world. It is the ability to respond fully to the circumstances and events without being influenced by personal desires, interests, or advantages.

This means that you don’t have to strive to do what is “good”, nor should you try to force others to do the same. To distinguish the Confucian “sage” from the “returned to Tao” person, the Tao Te Ching shengren is a term that can be translated to “saint” in a Taoist context.

While you may not be able become an instant shengren immediately, you can still learn a lot from the principles and practices of Taoism that Lao Tzu (whoever he was) set down. 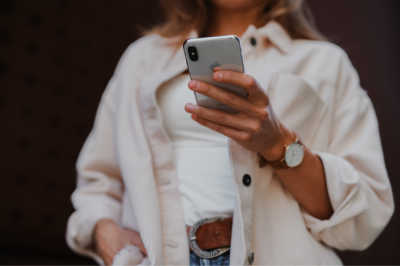 Are “right-brain thinkers” really more creative than others? What does the smartphone do to our self-control? We look at …

Are “right-brain thinkers” really more creative than others? What does the smartphone do to our self-control? We look at … 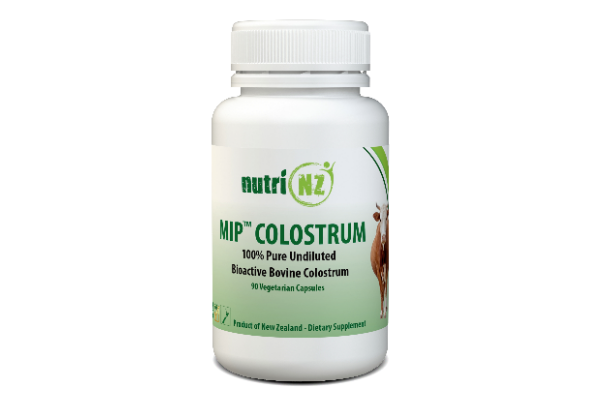 Mine or ours: The brain’s choice